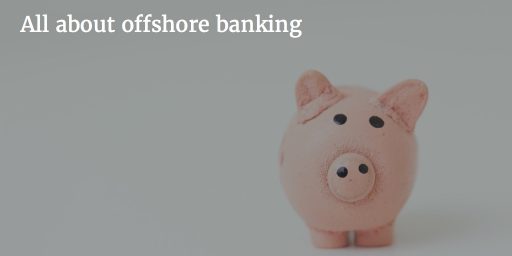 Offshore banking has often been demonized by the public opinion and the media publications worldwide. Despite the widespread rumors, it is not necessarily related to shady businesses, tax evasion, and money-laundry.  If done properly, with an experienced team, an offshore bank account can serve as a legal risk diversification tool.

According to a 2015 study by the U.S. PIRG Education Fund and The Citizens for Tax Justice Organization, some of the most popular American Fortune 500 companies collectively hold $2.1 trillion in offshore bank accounts. It is the living proof that opening an offshore bank account is a 100% legitimate way to take certain advantages.

In case that your company is not a Fortune 500 but you still aim to reach long-range financial goals while decreasing the risks, you may consider allocating funds among diverse financial instruments or other businesses.

Holding wealth offshore is among the frequently-used risk diversification techniques

Why is risk diversification important?

Sometimes, individuals living in solvent, regulated, and financially stable economies in the Western world or in some G10 countries often argue that the need of an offshore bank account. They might have a point. However, if we go back to the financial crisis of 2007-2010, the vital importance of risk diversification would become evident quickly.

It is inevitable truth that many onshore banks remained solvent at that time. Icelandic banks, however, suffered insolvency. In addition to that, the Cypriot banks made it through the crisis only thanks to the expropriation of depositors’ assets. It clearly showed a little-known fact by non-professionals in the banking field – the bank account holders are actually creditors. Therefore, even the most stable onshore bank does not keep depositors’ wealth in a safe in the basement.

In times of financial crisis, depositors’ assets quickly turn into bank assets. The amounts on the bank statements become banking liabilities. Therefore, moving some of your funds offshore in Hong Kong for instance might be an idea worth consultation with tax advisors.

Even for the professionals, it might be difficult or even impossible to predict accurately the exchange rate movements on the world financial markets. Any sudden political or economic swing can lead to financial loses. In order to minimize such risks it is a good idea to have your funds in an offshore bank account.

In Hong Kong for example, you can open a bank account within 5-7 weeks  in any mix of currencies, depending on your needs

At the same time they may need to pay a mortgage loan in Euros back home in France or pay their child’s tuition fee in British pounds in the United Kingdom. Such cases are not that rare in the global world we live in.

That is why having a multi-currency offshore bank account can significantly the burden of exchange costs resulting from the gap between currency buying and selling rates of your domestic bank.

Hong Kong is often ranked as one of the best places in the world to go offshore. Its taxes are among the lowest worldwide, many well-known banks have branches here.  Further to that, it also has a trusted image among fellow investors and the country is politically stable.

A Deeper Look at the Hong Kong Monetary Authority

No comments yet. Why don’t you start the discussion?

We can help you Open your Bank Account Without Travelling, just contact us NOW, and we’ll show you how, the right way!